Sticky Post By counsellor With No Comments Permalink
December 4, 2017 counsellor 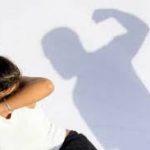 Power over women leads to a spectrum of abuse

We have heard a lot lately about  sexual harassment  and sexual misconduct in  the workplace, lately. The whole  status and reputation down fall of Harvey Weinstein , has helped to shift our consciousness around  power and status in the work force.  Once upon a time it was well known that some men in high power positions in all manner of big corporations felt entitled to  feel their way through their staff . People would laugh about the ” casting couch” and it was not a very well kept secret that  some men at work needed to be “avoided” .

They were never hauled over the coals, they were never taken to task, women were afraid of the many ramifications from losing their jobs to having their reputations pulled a apart in a court of law. Hell, why would you go through the pain and angst just to get that sleeze-ball off your back? It was also to a degree seen as being ” that is what men are like” and we are supposed  to laugh along with it , or at least brush it under the carpet as ” flirting silliness ” .The tide has changed and I  am pleased. No longer can those who wield the power and have the arrogant entitled attitude get away with  their ” playfulness ” and their ” banter “. No longer can their creativity, their talent and their status over shadow their unconscionable behaviour. Yes, the content of your character speaks far more about who you are and what are are made of than your talent and abilities. I am sick to the back teeth of famous people being excused by their  star- stuck fan worshippers for behaviour that if inflicted on their loved ones would have them clubbing with a baseball bat.   I had a heated discussion with a man on face book after one of our mutual  friends posted a photograph of James Brown as his profile photograph . When I mentioned to this friend that James Brown was in fact a ” domestic thug” who had beaten his wife, he wrote ” yes but he was the King of Soul !” . I was flabbergasted. This  friend is a great guy , kind gentle sweet. Would he really have posted that photograph if James Brown had beaten his mother ?

When I mentioned that people who conduct themselves through life in this way should not be celebrated or revered, I was shot down in flames. I was told that I did not have the intelligence to separate the talent from the man and his behaviours.  Really ?  Should we really be separating them ?  Or do we draw the line at those who have not been convicted ? Would Jimmy Saville be my poster boy ?

Recently  french magazine  “Inrockuptibles” posted on its front cover a photograph of   singer “Bertrand Cantat” who had just released  his latest album. This man had been convicted and served time for killing his girlfriend . https://www.theguardian.com/world/2017/oct/18/french-murderer-bertrand-cantat-magazine-cover-marie-trintignant. The magazine later apologised for the suffering it caused.  My question is , ” Why was this not discussed at the editorial meeting ? Surely someone would have mentioned it? Probably it was, and it was brushed aside in favour of his talent and achievements .  And that is my point. It’s never ok.

As Martin Luther King said  a man should be judged by the content of  his character not by the colour of his skin. So too with behaviour over and above talent.  It is not enough for them to be good at what they do, they have to be good behind doors, good to their peers and good to their subordinates . That is the test of whether you should admire someone and promote someone  ANYWHERE . Ignoring their true inner being , putting their behaviours towards others under the carpet, to highlight  their talent and success is to be complicit/condoning   in a subtle way and  allowing these behaviours to flourish and continue unchallenged.  Its part of the spectrum disorder we have all been beholden to over the years.  The standard you walk past is the standard you accept.

So what are your boundaries ? We all have a price, and I  am no moral queen. Would I  steal to feed my kids ? You bet.  But there are standards   where we have to set a benchmark to  make people accountable , to keep us safe, and sane and functioning as a society.  Violence and abuse is never an option and must never be a footnote of someones resume.

We need these as a society, and checking and challenging your moral compass is something we should do all the time.  This is what helps to shift psycho-social ideology across time, bit by bit, and that is always a good thing.